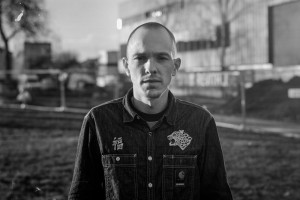 Vianney Le Caer is a freelance photojournalist based in London, U.K. His work spans from reportage in the Middle-East, Caribbean and Central Africa, to commercial and celebrity photography in London.

Vianney studied Law & Political Science at Rennes University in France, with part of his undergraduate conducted at The Marmara University of Istanbul in Turkey. He then went on to complete an M.A. in Political Science at Rennes, France and in Hanoi, Vietnam, before transitioning into photojournalism. In 2014, he graduated from the London College of Communication with an M.A. in Photojournalism and Documentary Photography.

Despite a deep-seated interest in current affairs and geopolitics, which enables him to use his academic background in order to apply insight and informed documentary to major world issues, he is also adept at entertainment and local news photography. His skill-set further includes video and multimedia editing, with experience working for Thomson Reuters.

He has experience of working in conflict situations with a portfolio that includes stories from the Ukrainian revolution, the fallout of the Iraq and Syrian conflicts, as well as several reportages from Lebanon, the D.R.C., Haiti and Eastern Europe.

Vianney’s media clients include the Associated Press, Rex Features, Sipa Press and his work has been published in a variety of international publications such as The Guardian, Paris-Match, Vice, The Sunday Times, National Geographic, and Le Monde among others.

Vianney has also worked for and, in collaboration with various NGOs and non-profit organizations such as Peace One Day, Artists for Peace and Justice, Action Contre la Faim, Amnesty International and the Disasters Emergency Committee. He has also collaborated with contemporary artists such as the Connor Brothers and Pussy Riot. His commercial clients include Levi’s, Rolex, the Scotch of Saint-James and Chappell Productions.

Vianney is a regular collaborator with the photojournalism collective Dysturb. Through them, his work has been pasted on the walls of Paris, Sydney and New York.

Vianney speaks fluent English and French, is proficient in Spanish, and has elementary Turkish and Vietnamese language skills.